It was never noticed as I was younger, but it became obvious that as I grew up and my face took it’s shape that something wasn’t ‘quite right’ about it - I started to get quite a gummy smile, a weird looking jaw structure, and I was unable to close my mouth.

During 2002, (I was about 12 years old) I was told that one day I may potentially need either screws or surgery in order to correct the position of my jaws, but I’d have to continue to wait until my face fully grew before they could be sure. Until then however, they tried a number of braces in order to try and reduce the ‘mess’ all of which failed. During the early days, I also took a knock to the jaw which made things worse.
It was during 2008 that it was confirmed i’d need surgery in order to correct the alignment of both of my jaws, however it was a choice. I didn’t HAVE to have the surgery, but I was told it would improve my appearance and my problems greatly. During this time I’d had a pre-op clinic appointment with my maxillofacial surgeons and the ortho-team who all confirmed what they intended to do with my jaw, the process that would happen, and what was to be expected in the next few years.

It was decided that I would have bimaxillary osteotomy, maxillary impaction, and Genioplasty. Not long after this, I did agree to surgery, consent was signed and I started on what feels like one of the BIGGEST commitments of my entire life.
In August 2009, I had permanent braces put on. The braces were used to align my teeth into the surgery position and will be used after surgery to wire both of my jaws together. It was estimated that i’d have them on for 6 months before I was operated on. However, only now, 4 years later is when i'm officially post-op. I had ENORMOUS complications at the start of having braces, all which have slowed down the whole process entirely. My teeth were also far too stubborn to move into their surgery position!
Why i’m actually having the operation; 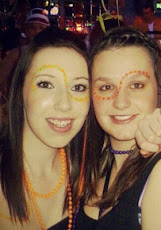